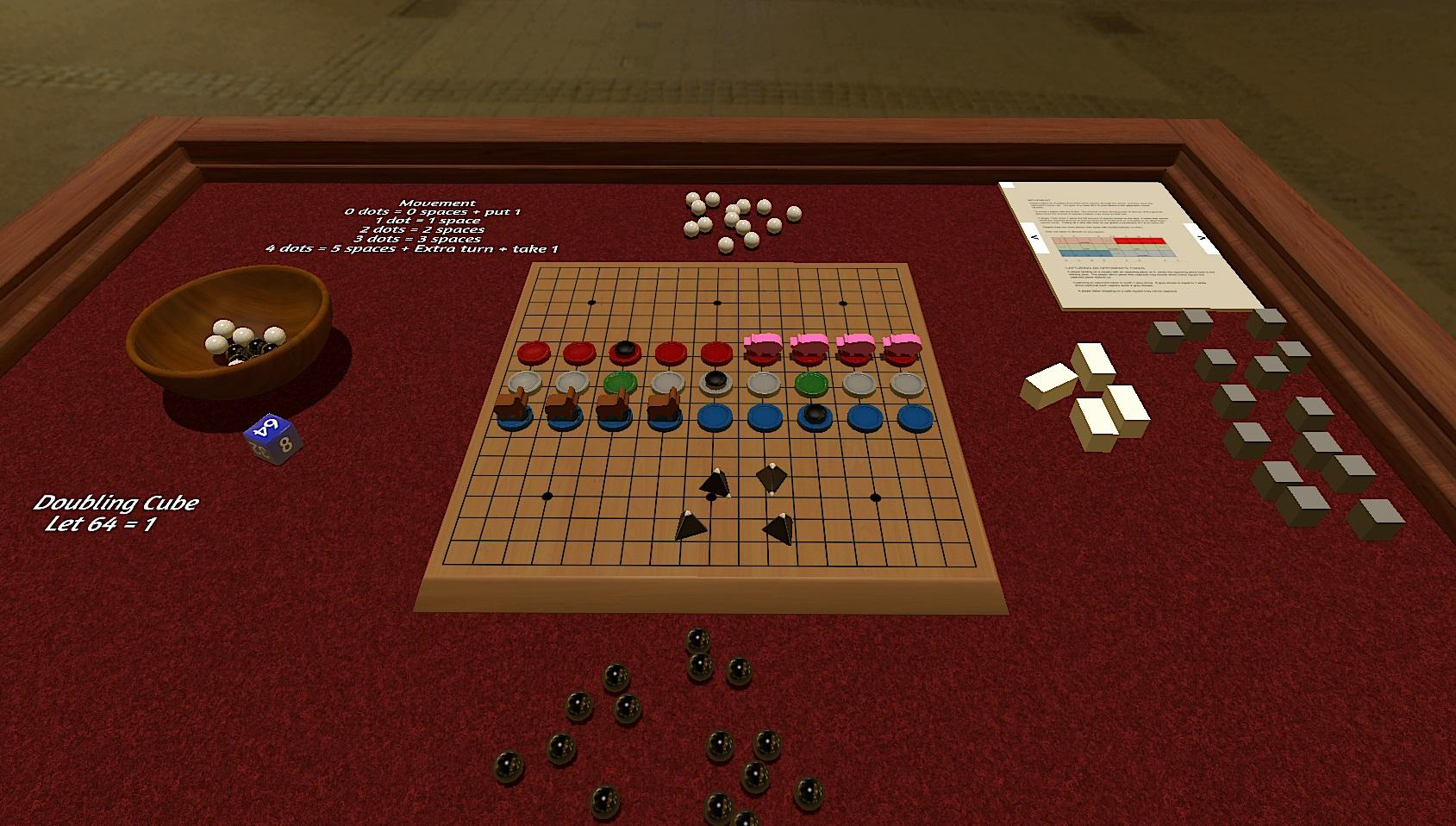 First the math.  Odds of rolling the following outcomes on the 4 dice:

(x) donates number of times in 16 outcomes the roll appears

Defending the home row – DO NOT let your opponent those last two spaces in your home row.  If you do you can get trapped in your home row and slowly, but surely, pummeled to defeat in a humiliating display of rolls that leave you unable to move while your opponent circles the board and then slaughters you roll by roll until death. This, in general, is bad.  And it will be extremely costly unless you can stomach the word “concede” and take the loss while the cost is low.

Attacking the home row – The goal of any player is to get their token onto the last two spaces of an opponent’s home row.  If accomplished it effectively besieges the opponent where the only way out is a roll of 4 dots(6.25%).  Even then, they have to roll it multiple times to have any chance of surviving, let alone winning.

The 4 Spaces Away Strategy

While Dogs & Pigs is an inherently simple game, it has a surprising amount of strategy.  Much like Backgammon, the tactic of besieging an opponent and sealing them in their own home area is the tactic that leads to almost certain victory.

Similarly, in both Backgammon and Dogs & Pigs, lucky rolls turn games.  Many times the first 5 rolled in the game sets the tone of who will be the attacker and who is “defending”.  A second rolled 5 can sometimes be the tipping point, especially if it involves a lucky early capture, thereby allowing the attacker to gain the home row foothold in the enemy’s home row.

If you find yourself in a defensive role, you still must think aggressively and attack to gain territory.  Take the risk of being in the line of fire from 2 opponents 1 & 3 squares away.  You have a 50/50 shot of surviving and then being in a great counter attacking position.  If you start thinking too defensively, you will get pinned back and then overrun.

If you end up mastering the strategy of the game, try using the random boulder placement option to spice things up and change where the key spaces on the board will be.  It will most likely require a slightly different strategy to bottle up an opponent and master the game again.

Most of all, have fun playing Dogs & Pigs.  Happy Gaming!