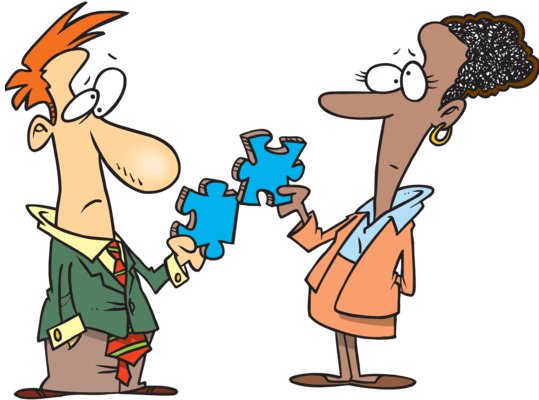 So You Wanna Be A Board Game Designer?

Indie Game Lab – A series about Indie board game development.

Out of all the players who use Tabletop Simulator for board gaming, only a very small percentage of them have explored the ability to design and recreate games in Tabletop Simulator via the Steam Workshop. We are calling this blog series Indie Game Lab.

Read about our board games: Our Latest Games

In an effort to increase that percentage, and the amount of independently designed original games on Tabletop Simulator, this new regular blog series will focus on the indie game designer. Starting with coming up with game concepts and alpha prototypes, through beta play testing, and finally to a steam workshop release, Indie Game Lab is for anyone who ever wanted to design their own game or get a game they played and loved into Tabletop Simulator to play again.

Along the way, the series will explain and illustrate the best board game design tools built into Tabletop Simulator. We will also look at some 3rd party workshop mods and tools that will make the implementation of the game into TTS much simpler. You won’t need any skills other than the basic MS Paint program that comes with windows, although it would be great if you had knowledge of a better tool. If you already have Adobe/Blender or similar tool skills, you are fully prepared to make some awesome looking games in TTS.

Since you don’t need exceptional skills to start your career as a fledgling game designer, we can get right to work. The first thing needed is to get inspiration, use recall and memories, and do a bit of research to get the creative juices flowing.

If you are interested in board game design, then you most likely have a wealth of game experience to draw from. Yes it may be from a player perspective, but all game designers come from that perspective. No game designer ever designed a game before playing one.

The great game designers are the ones who used their love and knowledge of games they played(designed by others), and then twisted and mixed concepts and mechanics from multiple games into a new game concept. New, original game mechanics are actually quite rare. Most times a great game designer simply chooses the best mechanics for the game theme/category.. It is rare that a new game is released with game mechanics never seen before, but it is quite exciting when it happens and it works.

If you have an idea for an original game mechanic, by all means test it out. But the point is that it is not necessary in order to design a great game. There are already 100 game mechanics that can be used, blended, mixed, and modified to make a completely original new game. It is more a matter of which mechanics to choose. So what is the best way to approach from a game designer’s point of view?

In order to answer that we first have to discuss the Chicken & The Egg argument in board game design. Namely which comes first: Theme/Category or Mechanic? Since you will most likely refer to Boardgamegeek.com during your research, let’s use their definitions of Category*

*I tend to refer to BGG Category as the game Theme. I would consider the Game Category to be equivalent to Genre. So board game/card game/dice game etc is the Category/Genre and Theme would be scifi/pirates/economics. BGG basically combines both Category/Genre/Theme all into one list called CATEGORIES which is how it will be used in the blog series.

Most designers start with the Category and then choose mechanics that they enjoy, or know players enjoy, that will fit the theme and influence the amount of luck/strategy in the game. The other option is to start with game mechanics and then slap on a theme once the gameplay is proven to be fun.

I tend to favor the later method for two reasons:

The Category doesn’t matter if the game play isn’t fun.
A good game could have a dozen viable categories.

The issue many first time game designers have is being married to the Category at the expense of game play. A good exploration/trading game could be based on space traders, tractor trailers, pirates, camels, etc… If you concentrate on designing a fun exploration trading game, players will accept it under a variety of categories.

What happens quite often is a board game designer will get stuck trying to find a mechanic or rule that explains something the player has to do, build or buy in the space trading game they are married to.

For example, trying to get the concept of momentum and gravity into a space trading game to account for black holes and planetary gravity when moving ships. Besides being difficult, it is most likely also boring to a player. A spaceship has a pilot that should know about these things before you ordered them to move from point A to point B. Who wants a pilot who every time they get to point B says, “Oh wait I forgot to take into account our momentum and gravitational pull again…”

The simple answer is to take out these conflicting “mechanics” or change the theme to trucks or ships on a sea where the lack of the gravitational pull model makes no difference. You can still install a mechanic that has random whirlpools or evil kraken for ships, or sinkholes, traffic jams, or mechanical issues for trucks without the need of complex, and from a gameplay standpoint, boring physics algorithm.

Finding the game concept and choosing mechanics is often the case of simply using your experience and doing a little research on great games of the past. Here are 3 ways to get inspired:

Copying Is The Sincerest Form Of Laziness

Imitation is one thing, but flat out copying rules and mechanics verbatim is not board game design. While every game designer borrows from a game or designer before them, there should always be the obvious distinction on how the new game twisted, modified, or re-interpreted the rules/mechanics it borrowed from. This is so easy to do that there is really no good excuse to copy other than sheer laziness.

While you spend some time checking out the Boardgamegeek resources below to get the initial game concept, Indie Game Lab will be working on the next post in the series: The Game Plan. In that post we will look at all the things that will go into making an indie board game and when you should have certain assets in development and/or completed.

Until then, good luck with your initial research and game concept. See you next time!